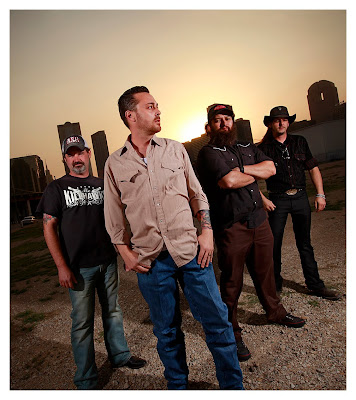 We didn’t have much time and it was windy as hell, but I think we still got a nice promo photo for Dallas band The Von Ehrics. The guys have been making music for a long time, releasing their first album in 2001. With a new record out, the band needed a good promo photo. I think we did alright. If you like this image, you should also check out my music photography and editorial photography.

PDN Online has some nice photo links worth checking out: 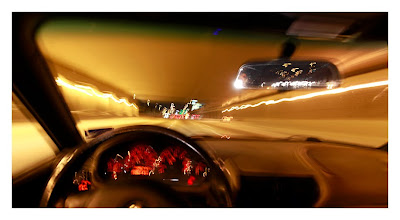 I want to play around more with the movement and motion of night driving. I like the way a slow shutter speed and some intentional camera shake can give the image a feeling of speed and energy. Next time I do a test, I may find a better clamping for the camera, though. That will sharpen up the car’s interior a little more, but it should still leave all the movement and motion in the street and street lights.
Photo booths have become the new, hot thing at wedding receptions. I shoot an occasional wedding every now and then, and I’ve seen just how excited the guests get over these fun little photo factories! Of course, a photo booth doesn’t have to be limited to weddings. I recently saw one set up at a charity event and rock concert. I think it would also make for a great attraction at trade shows, corporate events and just about anywhere else that the mind can imagine.

Who doesn’t have fun sitting in a tiny booth and seeing those four flashes pop, capturing a crazy moment in time? I took the pictures above with Leah, the girl running a booth at a recent wedding I photographed. Her booth can be found at www.4flashesphotobooth.com. Imagine having one of these booths set up at a corporate event, like a sales kick-off or a new product rollout! Not only is it much more exciting than receiving yet another Koozie or keychain with a company logo on it, but people are much more likely to show and share the photos with friends – extending the marketing reach of the company giveaway. 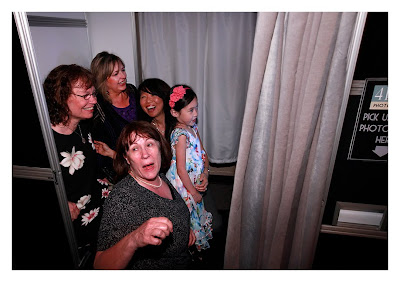 Everyone has a blast in the booth. People will remember it more than another pen or other blah marketing giveaway! And modern photo booths allow you to put all sorts of text on the photo strip, making the marketing potential of the photo strip endless… 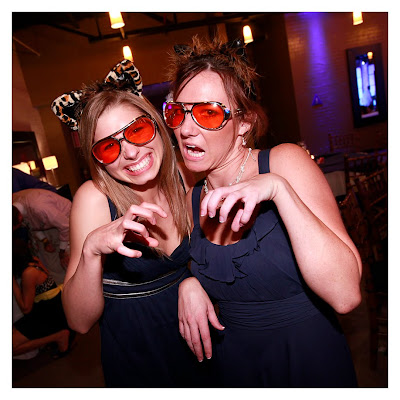 I love seeing how crazy people get around a photo booth. When silly props are involved (like the cats ears and glasses above), guests go absolutely nuts! 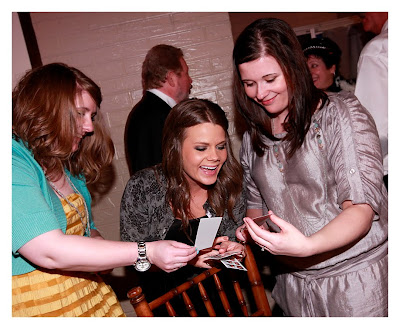 I know of several reputable companies that are running photo booths in the North Texas area. Every time I’ve seen them set up and running, they have a crowd of smiling people around them. I’m glad the old school photo booth has been updated to be successful in the modern, digital age. They are so cool. Check out the following photo booth companies for more info:
www.4flashesphotobooth.com
www.impressionistportraits.com
www.boothbooth.com
and, as always, check out more of my photography here and here. 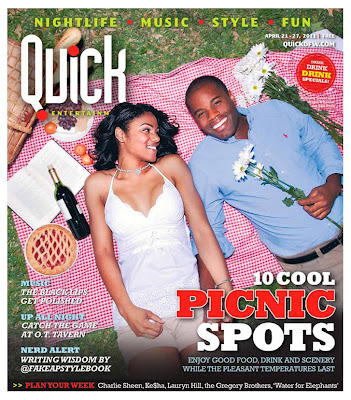 After doing this cover photo shoot on a very nice Friday afternoon in Dallas’ Lee Park, I would’ve gladly sat down and enjoyed our picnic setup. Some of the other crew stuck around and ate/drank the props, but I had another shoot to get to. I did wind up plowing through the grapes on my way out, but I didn’t have time to stick around for cherry pie and wine. That’s the nice thing about using real food for props… you get to eat it after the photo shoot is done!
Worth taking a look at:

Sometimes you’ll be paid good money to shoot an advertising campaign, only to never see those photos used. They get buried, lost and forgotten. I was digging through my photo files and I stumbled upon these shots from last May. I was hired by an advertising agency here in North Texas to take photos for their client – a financial institution.
The agency was doing several television spots, but they wanted to get some good stills for use in a potential billboard and print campaign. They had their client sold on the TV spots, but the agency was still pushing for the print work. Instead of eventually getting their client to commit to the print campaign, then having to rehired all the models, they brought me in to piggyback my shoot off their video shoot – hoping they would eventually use the stills I was paid to take. 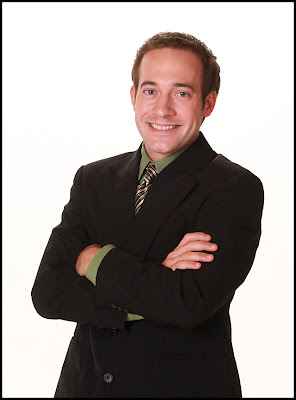 It’s a lot cheaper to piggyback your stills off the video shoot, but they also ran the risk of spending a lot of money on photos they’d never use. I don’t know if the billboards ever ran or not, but it is possible these photos were paid for and never saw the light of day. It happens all the time. 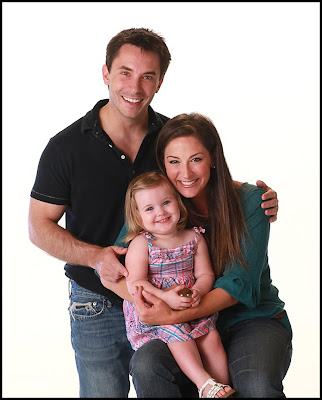 The images were supposed to be turned into black and white images and have the opacity reduced so they could run as background behind the billboard’s text. They aren’t anything mind-blowing or wild, but they are exactly what the bank wanted… safe, secure, happy and inviting. 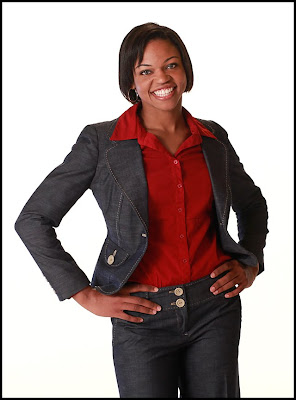 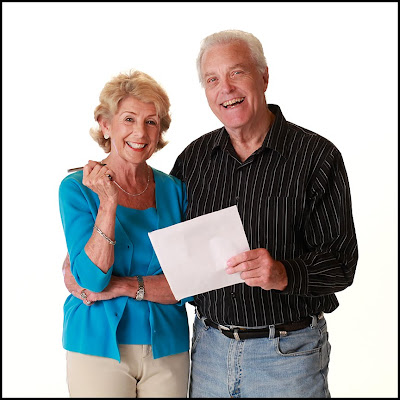 If you like these images, you should check out my other work here.

I love photographing The O’s – one of the best bands in Dallas! I recently shot them at the opening of the new Singlewide bar, what used to be the old Winedale Tavern on Lower Greenville. You can see the pics here:

blog.quickdfw.com/archives/2011/04/wish-you-were-there-the-os-at.html
If you are into the Austin, TX vibe, you might want to read the newest issue of Quick. I was surprised to find a little slice of Austin right here in Dallas! We were photographing the cover image for a story on the new Katy Trail Ice House, and I was shocked at how much the place felt like Austin. It was a nice change of pace from the average Dallas hangout. 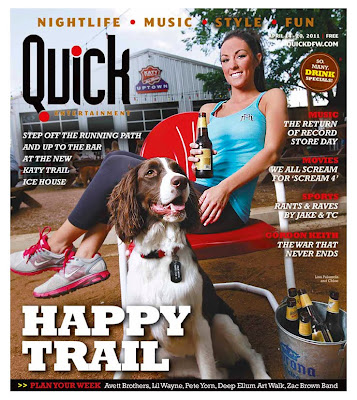 If you like this cover photo, you should check out more of my photography here. By the way, it isn’t all that easy working with dogs, but I think we managed to make it happen. The dog’s name is Chloe and she was really easy to work with! If all pets were that well trained, I wouldn’t mind being a pet photographer. She was a professional.
Sure, I shoot a lot of assignments for newspapers and magazines here in North Texas. However, I also have a ton of clients that need me to photograph their corporate events. As a matter of fact, I’ve probably photographed more special events for corporate clients this month than anything else! I guess this is the season for businesses to have seminars, special announcements and community outreach events.
Below is a set of images I took during a recent shoot for a client. Enjoy! 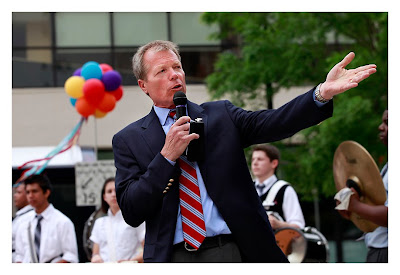 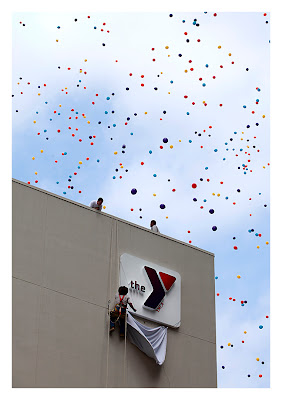 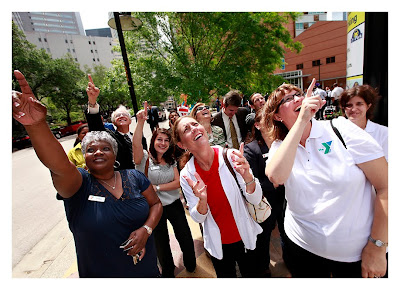 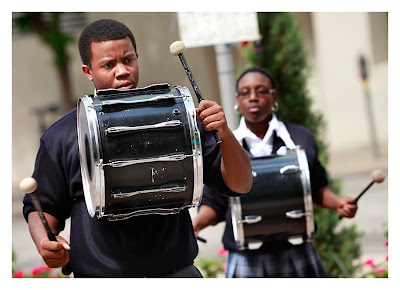 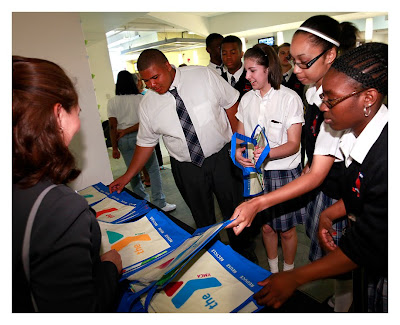 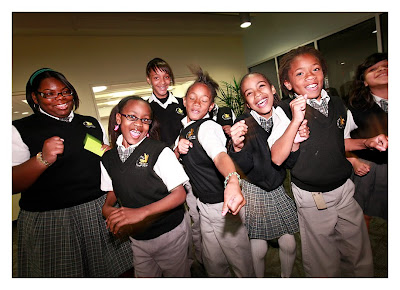 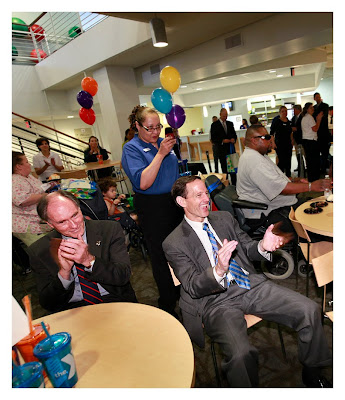 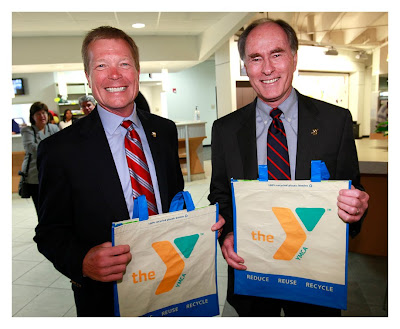 If you like these corporate event photos, you should also check out my online portfolio here.