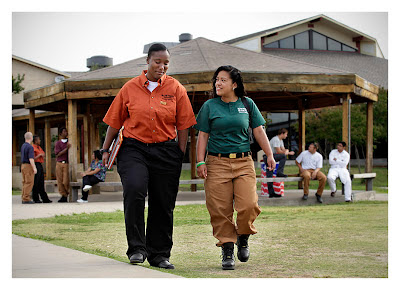 I was recently hired to photograph student life at a north Texas trade school.  The campus was pretty great, teaching all sorts of technical skills.  They had nursing, carpentry, electric, culinary and more.  All the students seemed very nice and pretty happy, which says a lot for the program.  Here are some sample shots of what I got the other day, while shooting these students in action… 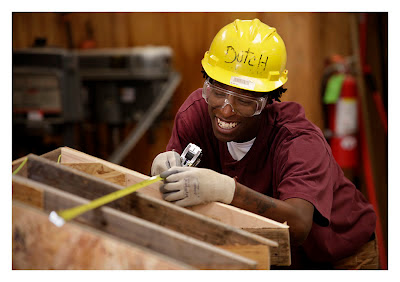 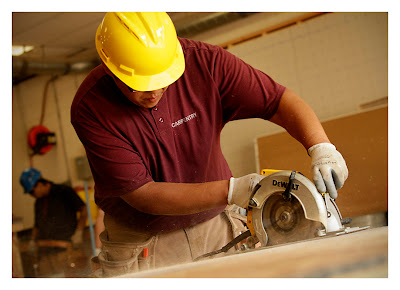 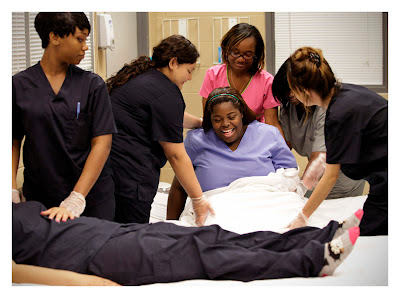 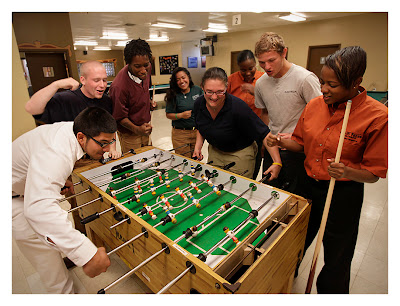 If you like these photos and want to see more, you should visit my official website at www.janikphoto.com or give me a call.  I’d love to work with you, too! 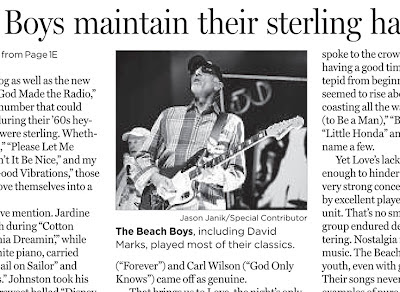 If you are a Beach Boys fan, you should pick up today’s issue of The Dallas Morning News. Mario wrote a very accurate review of their Dallas show (OK, Verizon Theater is technically in Grand Prairie, but you know what I mean). Sadly, my picture only made the jump, but not the front page. Oh, but I did have a second photo run with Mario’s official DMN blog post. Go hunt that one down, if you need even more Beach Boys in your life!
The use of a fan can do a lot for a photograph.  There are companies that make fans specifically for professional photo and video use, but they cost a pretty penny.  So, I decided to use a standard box fan for this demonstration – something that most anyone can pick up for under twenty dollars (if you don’t already have one in your closet). 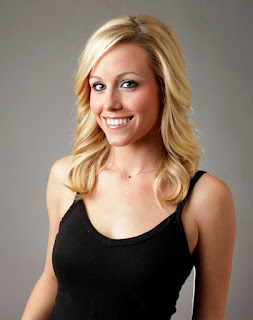 The above photo is our model without any fan.  She is very photogenic, and this photo is just fine on its own!  These three photos are not touched up, so you can better see the effects of the fan.  The only adjustments were a basic crop for continuity and a basic contrast adjustment – the same adjustment was done on all three frames to maintain continuity. 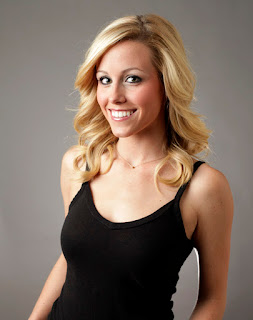 The above frame has some mild air blowing… nothing too strong or wild.  There’s just enough wind to give the hair a little lift.  It is a very appealing look.  I prefer it over the first image, though ANY fan may be out of the question for more conservative subjects.  For example, when I photographed the President of the United States, I didn’t even consider using a fan. 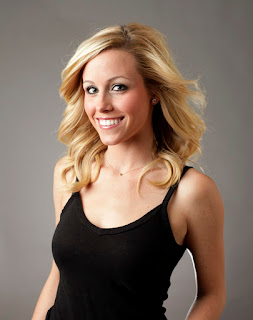 This is what I would call the Farrah Fawcett look.  Lots of lift on the hair, which is very pretty – but way too much if you’re taking a conservative photo, like a corporate head shot.  Of course, I have never used a fan for corporate head shots, but I could see the mild fan setting being acceptable for just the right CEO. 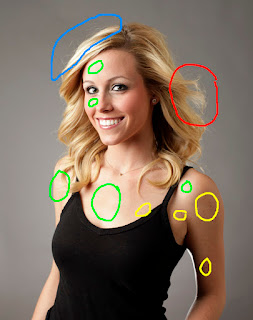 Now, if I were making some other post processing adjustments to this photo, I’d probably do the following:  The hair in the red circle looks too thin.  I’d clone that area to fill it up.  The stray hairs in the blue area are a bit distracting, so they’d be cloned out.  The highlights in the green circles are a touch too hot, so they’d be brought down some.  The freckles in the yellow circles could be removed or softened.  Also, a general softening of the skin and a minor vignette would be added to bring more focus to the model’s wonderful smile.  You can see these minor adjustments below… 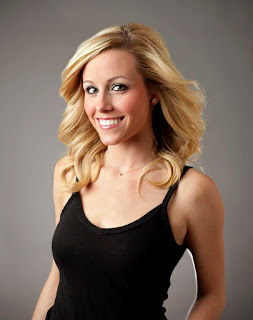 Of course, you can keep going and going with all sorts of post processing tweaks, nipping, tucking, liquifying, and adjusting until the photo looks like someone else entirely!  I prefer to keep my images looking very natural and real, so I usually avoid going overboard.  I think she looks great already, so why mess with success?!?

I didn’t make it to Dallas until the summer of 1979, so I won’t be in any of these photos.  However, it’s still fun to look through the archives of Nick DeWolf and his trips to Dallas (and other cities).  It’s mostly just casual snapshots, so don’t expect to see some sort of Pulitzer-wining documentary work here.  However, it’s still a blast to dig through photos of the Texas State Fair dating back thirty five years or more. 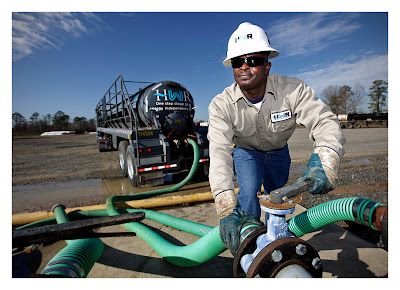 I admire these men.  They load big rigs, haul water to and from fracking sites out in the middle of nowhere, lay heavy pipelines, get covered in dirt and mud, work long hours in the heat and cold and rain… all just so we can have natural gas to keep our modern conveniences running.  The life of an oil and gas man looks brutal, but I’d secretly love to do it – just let me grab a flannel shirt and a thermos full of hot coffee! 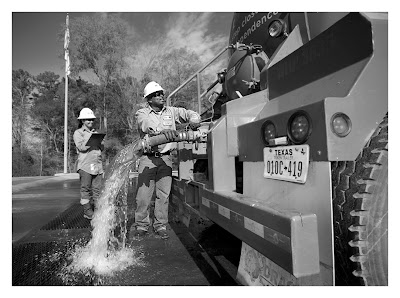 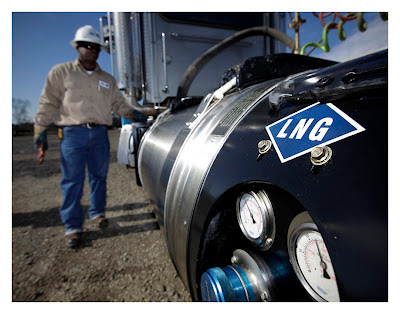 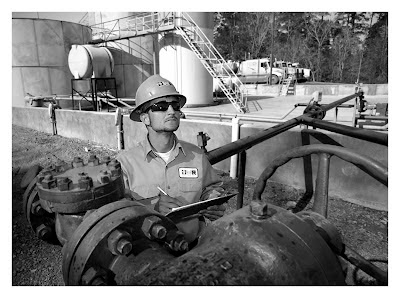 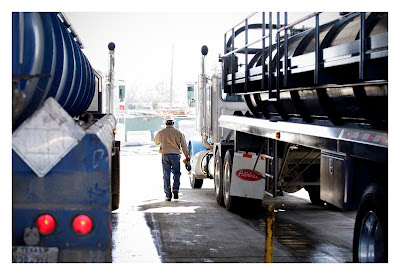 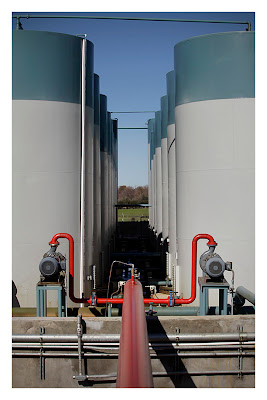 I had a lot of fun photographing the natural gas industry, especially getting a chance to see what’s required to successfully complete the fracking process.  I thought the thousands of bottles full of sample water (seen below) stored for testing was pretty interesting, too.  And, of course , a day full of photographing giant semi trucks driving across the back roads of east Texas was a blast! 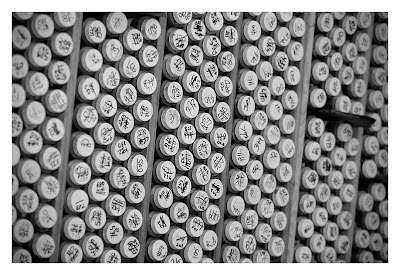 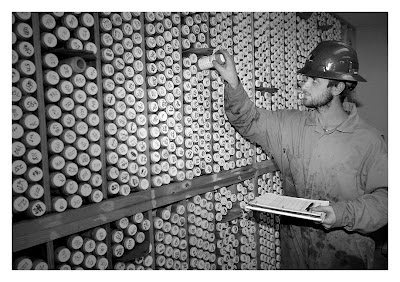 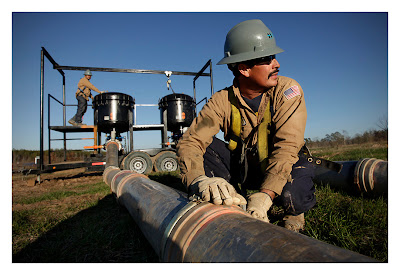 With all the natural gas and oil in Texas, you can bet that I’ll be shooting more of the industry soon.  In the meantime, check out my other photos at www.janikphoto.com 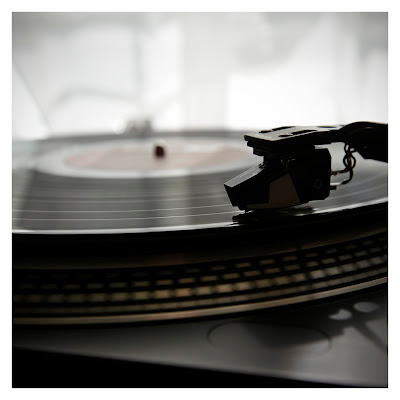 This is what I listen to while working on the computer. Sometimes I spend several hours in front of the computer doing Photoshop, invoices, client emails, image archiving, etc… and the turntable can be my best friend! Obviously, the music makes work easier, but it also requires me to regularly stand up and change the record. This short break allows me to stretch and rest my eyes for a moment.
If you have to spend long periods of time at the computer, you don’t necessarily have to use vinyl records to time your breaks. Get an egg timer or something else that will help set intervals. Make yourself get up for a minute or so to walk around and reset your body. Your photos will look better, you’ll feel better and all will be right with the world! 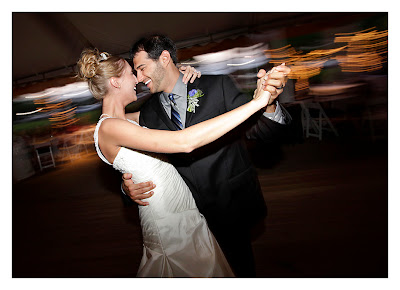 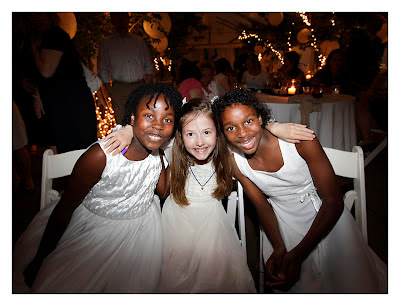 Well, I am not afraid to say that I’m a softy, a hopeless romantic… I like to shoot a wedding every now and then. I like the love, the laughter and the joy. I like the action and the suspense. I like the cake, too.
I only do a handful every year, but I’m not ashamed to say that I shoot weddings. They are just like the huge conferences I shoot, the wild concerts and clubs I photograph, the magazine feature stories I capture on film… with tuxedos and colorful dresses thrown into the mix! 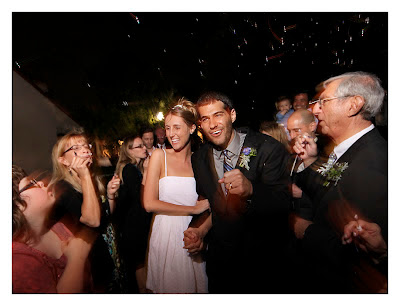 The above picture is from a wedding I did last weekend in Waco, TX.

If you are shooting video on your DSLR, you apparently can’t live without these items: 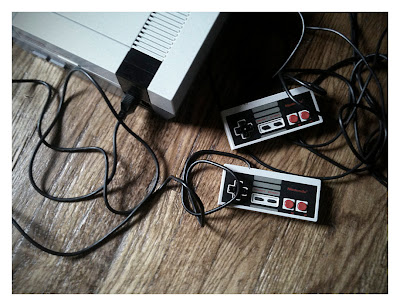 Usually, if I don’t post a blog in a while, it’s because I’ve been too busy with work and/or life. This last week or so has been an equal amount of both. Besides shooting for several of my regular clients (The museum, a couple charity organizations, and the DMN), I took assignments from several new ones (including a Floral Industry trade magazine, a worldwide database software corporation, and a platinum-selling rock and roll band). I also found time to play some video games on the classic Nintendo NES with my boys, take some Easter photos in the park, and have a backyard BBQ or two! This week I will be equally as busy, so I may not be posting much again. I have a laundry list of things (including the actual laundry, finish my taxes, do a shoot for a retail baking industry trade magazine, shoot a wedding, and spend more time with the boys while the weather is still nice outside). 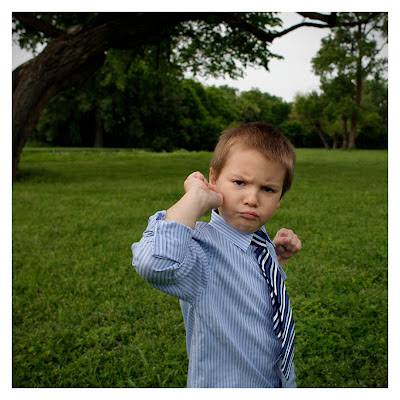